Chael Sonnen thinks Khamzat Chimaev should immediately move up to the middleweight division instead of chasing UFC gold at 170lbs. According to ‘The American Gangster’, Chimaev’s physique makes him a natural middleweight and wouldn’t require strenuous weight cuts to hit the 185-pound limit.

At welterweight, on the other hand, Sonnen thinks Chimaev might have to torture his mind as well as his body to gain weight ahead of fights. He thinks “Borz” is still two or three wins away from winning a title at 170lbs or 185lbs and therefore thinks he should move back up to middleweight.

The former UFC title challenger also pointed out that Chimaev walks around with the same weight as reigning middleweight champion Israel Adesanya. In a video recently posted on his YouTube channel, Sonnen said:

“Wherever Chimaev fights his next fight is his division. They’re not going to take him out of it, not until he gets a championship or he proves he can’t win the championship and I think that’s a very bad place to put yourself in. Your career, your happiness, your likeability, your mood, how much you sleep at night can be directly related to the lifestyle you lead in your relationship with calories.

“When I saw him in there with Jack [Hermansson] he looked like he was going around 193lbs which is the perfect height of 85lbs, actually you want to know who else is 193lbs walking around not losing weight – Israel Adesanya! It’s not too late, stop this 170 business.”

Watch Chael Sonnen give his thoughts on Khamzat Chimaev’s future below:

Khamzat Chimaev is looking to become a two-division champion

Khamzat Chimaev is set to face Gilbert Burns at UFC 273 in April. At the start of the year, “Borz” made it clear that he was looking to fight for the welterweight title against Kamaru Usman by the end of the year.

In a recent interview, he once again reiterated his plans to work his way up the welterweight ranks and fight for the title down the line. If he manages to beat ‘Durinho’, Chimaev wants to face the winner of the next fight between Jorge Masvidal and Colby Covington.

In a recent interview with RT SportsChimaev said: (Quotes translated by RT Sports)

“I’m fighting Burns now. After beating Burns, I hope I fight Masvidal’s winner against Covington because it looks like Usman has an injury and needs time to recover.”

Check out Khamzat Chimaev’s interview with RT Sport below: 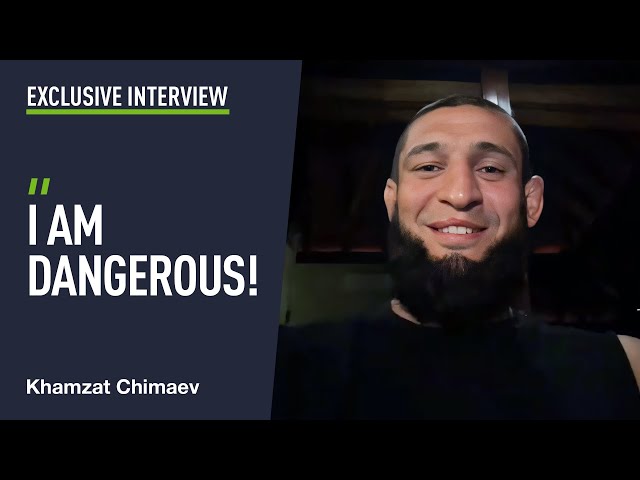 Although he is currently competing at welterweight, Chimaev also has his sights set on the middleweight division where he fought before. Following Israel Adesanya’s victory over Robert Whittaker at UFC 271, the undefeated phenom took on the champion, claiming he would finish “The Last Stylebender” in one round in a potential matchup.

Read also
The article continues below