When Apple introduced the App Store on iPhones, it was the first of its kind in the smartphone world. Of course, Google quickly followed suit with the Android Market which later became the Play Store. The App Store has come a long way since then and has more than 1.96 million apps that Apple reportedly earned nearly $ 64 billion last year. While most of us download a lot of free apps, there are so many amazing apps and games that are paid for, and just because of that, sometimes they get ignored. But what if we tell you that there is a way to get paid apps for free? Android users can check out the paid apps that are available at a reduced price or free for a limited time using an app called AppSales. Likewise, iOS users can use AppAdvice (formerly AppsGoneFree) which offers similar functionality. Let’s take a look at exactly what AppAdvice does and how it can benefit you.

While AppSales on Android is an app that scours the Google Play Store for a list of paid apps that are currently free or available at a discount, AppAdvice works differently. On the latter, you get a curated list of apps that the AppAdvice team deems to be the best deals of the day. Most of the time, these are paid apps that are free for a limited time or offer in-app purchase offers. At the bottom of today’s list is a calendar tab that shows you the list of apps from previous days, but note that there’s a good chance some of those offers will have expired by then. 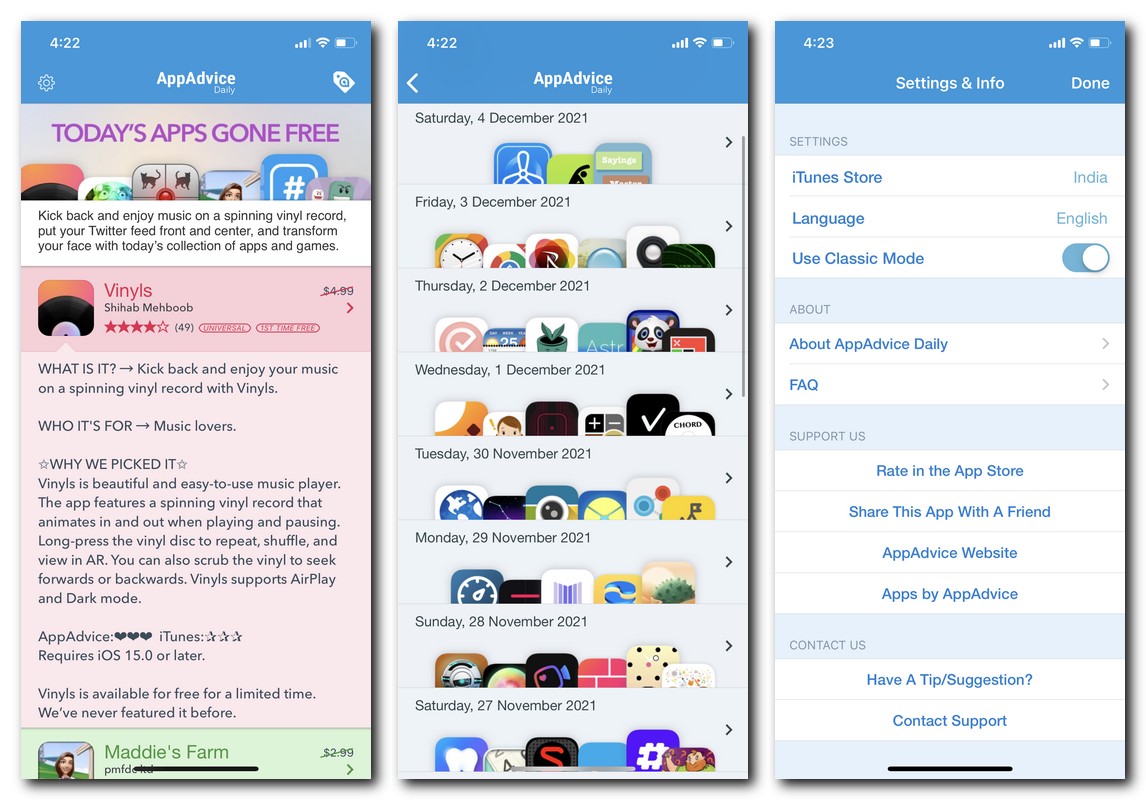 Simply download AppAdvice from the App Store and follow the instruction process. Once the app is installed, it will automatically select your region. You can change the language and region of the app, but the prices will only be displayed in USD. The app home page displays a list of all the apps of the day that are currently free. I have a complaint here, because there doesn’t seem to be an option available to put certain apps you like on a watch list to alert you if they are ever free.

However, you can check why each app on the list was recommended, who the app is for, and an AppAdvice score.

AppAdvice, in addition to telling you when a certain paid app has become free, also notifies you of in-app purchases for apps that might be available for free for a limited time. For example, at the time of this writing, the Maddie’s Farm game was free and also had a one-day deal where you could get 1,000 free gems that would normally cost you $ 2.99. Apart from that, you can also see if the app is universal i.e. designed for iPhone and iPad. AppAdvice users can also give likes and dislikes to the recommended apps on the list and the ratio is made public in the app summary. There is other useful information as well, such as if the app went free for the first time or if the deal is going to fall apart quickly. Whenever an agreement on the app has expired, a banner that says so will appear next to the app. 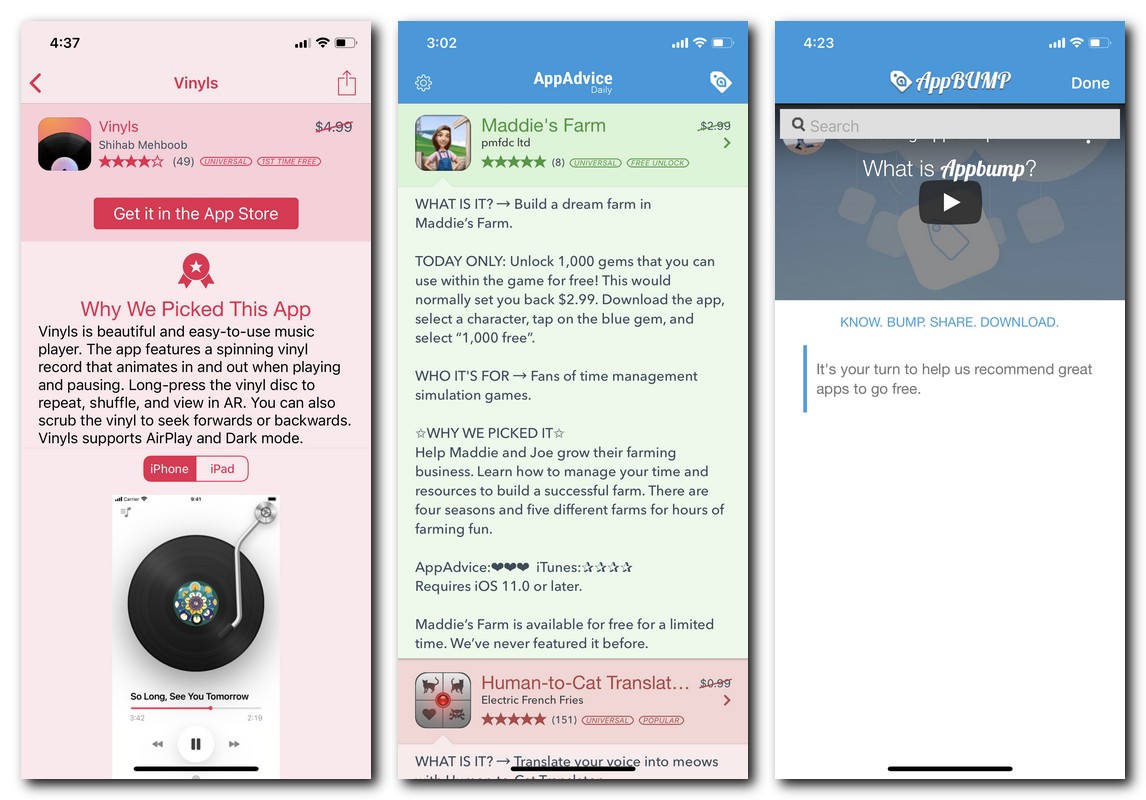 Suppose you were waiting for a particular app to be free so that you could download it without spending any money. In the upper right corner of the AppAdvice home page, you will find a button called AppBump. This lets the community of AppAdvice users know that there is an app that you would like to become free of charge. You can search for the app and give it a boost. If a lot of people kick the same app, it has a free apps advocate assigned to it. The lawyer negotiates with the developer of the app to allow the app to become free for a limited time for the community of AppAdvice users. The developers could agree to do so knowing that it could increase the user base of the app. Of course, not all apps will be scaled up to be free, but it’s definitely a useful feature to put small developers first.

In summary, AppAdvice seems like a useful service where one can easily and legitimately enjoy a plethora of great paid apps for free. I downloaded the structured app which was free for a limited time and now my iPhone has scheduled all of my daily tasks in such a way as to maximize time efficiency. If you are an iPhone or iPad user, take a lookâ€¦ maybe you will find something that you like.