The award recognizes individuals, programs or agencies within the executive branch of state government for their outstanding achievements and contributions in promoting the ethical conduct of employees in the executive branch. The award has been presented by the commission every two years since 2007, making Ross its eighth recipient.

“I can’t think of anyone who deserves this award more than Mr. Ross,” said Holly M. Johnson, Secretary of the Cabinet for Finance and Administration. “During his long tenure in state government he put in place procedures that positioned the Commonwealth to become a leader in state financial management practices, consistently winning Commonwealth honors in matters of government. financial information. He is the epitome of public service and I am very happy that he received this well-deserved recognition.

Ross was nominated for the award by colleagues in the Finance and Administration Cabinet, who called it a “financial ethics compass that has provided guidance to employees of the Kentucky state government.”

In Ross’s appointment, a colleague said “it was never about his integrity or his intention to do the right thing. He embodies quiet humility and high ethical standards in his daily interactions with many Commonwealth officials, “calling Ross a” role model… throughout my career “.

A native of Elliott County, Ross spent more than 50 years in public service, beginning his career in the Kentucky State Government in 1971. During his tenure, he served as Commonwealth Chief Accounting Officer for over 45 years and has held the post of State Controller since the office was established in 1994.

He is a member of numerous boards and commissions serving the Commonwealth, including the Kentucky Public Employees Deferred Compensation Authority, of which he is currently Chairman; the State Property and Buildings Commission; Kentucky Asset / Liability Commission; the Kentucky Private Activity Bond Allocation Committee; the Women and Minorities Works Council; and the Green Bank Loans Committee.

In 2018, NASC selected Ross as the recipient of the Goldstein Leadership Award, which is presented annually in recognition of extraordinary excellence and leadership in the financial management of the state and service to association members.

In 2019, NASACT presented Ross with its Distinguished Service Award, recognizing his lifelong commitment to improving state government operations. He previously honored Ross with the President’s Award in 2010, recognizing his service to the association, its members and the financial management industry.

A longtime Fayette County resident and avid sports enthusiast in the UK, Ross enjoys spending his free time cheering on the Wildcats, attending games in person when he can. He has two sons and a daughter, as well as four adult grandchildren. His late wife Ann Ross, former vice mayor of Lexington, died in 2013.

The Ethics Award is named in honor of Livingston Taylor, a former Courier Journal investigative reporter who has covered state government throughout his career as a journalist. Upon retirement, Taylor served as the first chairman of the Executive Branch Ethics Commission from 1992 to 1995.

Ross said he felt deeply honored to be chosen as the most recent recipient of the award, especially after having known Taylor personally.

“I had the privilege and pleasure of knowing Livingston Taylor, whose reporting helped The Courier Journal win a Pulitzer Prize,” said Ross. “In the 1980s, he would stop by my desk sometimes to confirm information for a news article he was writing about state government, and I had great respect for him and his work as a journalist. “ 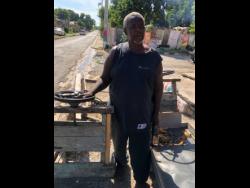 7 apps to help you with money worries and financial stress